A History of Wild Places by Shea Ernshaw
My rating: 4 of 5 stars

Five years after popular Children’s author, Maggie St. James, goes missing, her parents hire Travis Wren to search for her. Known for her dark fairy tale-style stories, it seems Maggie may have wandered into her own nightmare.

Travis, although a last resort of sorts, has an uncanny ability for finding people; one that channels his own very unique set of abilities.

Chasing one particular clue, Travis heads out alone into a cold, unforgiving stretch of forest in search of a place known only as Pastoral.

Founded in the 1970s, Pastoral is a commune, where the residents gathered searching for a simpler way of life. Fully self-reliant, Pastoral was essentially able to cut itself off from the rest of the world.

According to local lore, the commune shouldn’t exist anymore, but after Travis stumbles upon it, he disappears just like Maggie before him.

Years later, a commune member, Theo, breaks the rules of the community and explores past the marked boundary. It is at that time that he discovers a broken down old truck once owned by a man named Travis Wren. 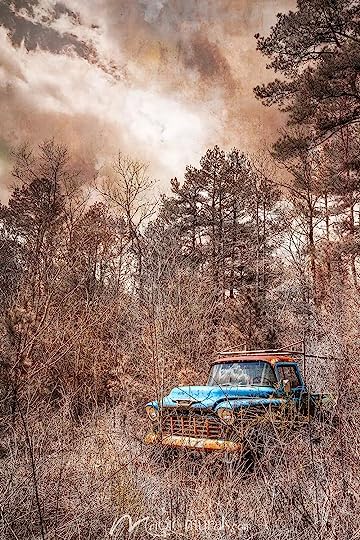 Theo and his wife, Calla, come to believe that Travis wasn’t just in Pastoral at some point, he’s been in the their house. They both become completely focused on solving the mystery.

Who was Travis and what was he doing there? They believe it had something to do with a woman named, Maggie, but they don’t know her either.

The more they dig, the more the couple come to understand that the community they thought they knew so well, may not be the safe oasis they’ve always believed it to be.

Calla’s sister, Bee, who has been secretly engaged in a romantic relationship with the community’s charismatic leader, begins to come to her own unsavory conclusions about Pastoral. Have they all been living a lie?

A History of Wild Places is a unique and contemplative story, channeling all the haunting vibes of The Village.

I really enjoyed how this story began. Getting to know Travis, his abilities and the case he was currently assigned to. I became attached to him very quickly and was shocked when he disappeared.

For me the pace slowed a bit once I was introduced to our main characters in Pastoral. Eventually it picked back up, most notably after Theo and Calla begin investigating who Travis was and what might have happened to him.

Overall, I felt a little detached from Calla and Theo. While I liked them both, they were initially so rigid, it was hard to relate to them in a way. As the story progressed, however, I felt them both loosening up as their commitment to the community began to wane.

The pace steadily increases from there as Calla, Theo and Bee continue to lift the veil from Pastoral.

Ernshaw’s writing is absolutely beautiful. There’s something so enchanting about it, as she truly has the ability to build out a sense of place. I could picture the setting of Pastoral perfectly in my mind. She really excels at atmosphere.

This is an intricate story; one I had to think about quite a bit upon completion. I was torn on how to rate it. I did really, really enjoy this story, but it never crossed the line into love territory for me. I think mainly because it slowed down a bit too much for my taste around the middle.

With this being said, this is Ernshaw’s Adult debut and I think she did a fantastic job expanding into that space. This is a great book, one that I know so many Readers are going to absolutely adore.

Thank you so much to the publisher, Atria Books, for providing me with a copy to read and review. This one will stick with me for a long time!