The Orphan of Cemetery Hill by Hester Fox
My rating: 4 of 5 stars

Tabby can communicate with spirits. She developed this gift at quite a young age and after her parents passed away, she and her sister, Alice, were taken in by their Aunt, who was well aware of Tabby’s blossoming talent.

Seances had grown in popularity in the first half of the 1800s and Aunt Bellefonte wished to use Tabby’s gift in order to make herself rich.

Obviously, anyone who would exploit a recently orphaned child that way, is not a character we can get behind.

Unsurprisingly, Tabby and Alice flee their Aunt’s household and make their way to downtown Boston, a bustling metropolis, where the girls hope they’ll be able to blend into the crowd and avoid their Aunt ever finding them again. 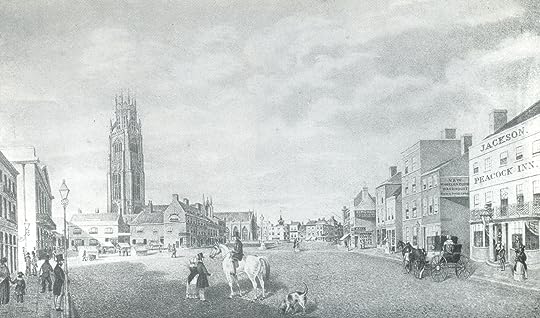 The girls weren’t really prepared for how busy and large the city actually was, however, and they end up getting separated. Without any means to find each other, the girls must do whatever they can individually to survive.

For Tabby, that means ingratiating herself to the steward of a large Boston cemetery, Eli. Over the years, she becomes for all intents and purposes, his daughter, helping him with the general maintenance and other duties.

Things get dark when a string of grave robberies begin to plague the city and a young man Tabby is fond of is accused of committing a dasterdly act, for which Tabby knows he cannot possibly be responsible.

Tabby must tap into her gift, which she has kept buried for so long, in order to try to get to the bottom of both mysteries. Little does she know, they’re all connected in one wild and wicked web.

Set in 1844, Boston, The Orphan of Cemetery Hill is steeped in the broody historical atmosphere I have grown to love from Hester Fox.

The gothic feel, paired with her likable characters, always make for an enjoyable story.

While I didn’t become quite as invested in this one as I have with some of her earlier work, I definitely really enjoyed reading it.

I loved the setting of Boston and the historical topics explored, particularly the robbing of graves for the use in medical and scientific exploration, as well as the popularity of seances at the time. Both of those things made this an intriguing premise indeed.

It’s no secret that I am a huge fan of Hester Fox. I will continue to pick up anything she releases until the end of time.

This novel, as is standard for her style, is perfect for this time of year; giving off all those chilly, creepy Autumnal vibes!