Survive the Night by Riley Sager
My rating: 5 of 5 stars

After Charlie’s best friend, Maddy, is murdered, Charlie feels an overwhelming need to flee campus. Even though it’s alleged that Maddy was killed by an active serial killer dubbed, The Campus Killer, Charlie isn’t leaving because she fears for her life.

She’s leaving because she’s haunted by guilt. No one knows of the fight she and Maddy had on the night Maddy was killed. The last words that Charlie said to her; how hurtful they were. Charlie is drowning with regrets.

Charlie’s boyfriend offers to give her a ride home to Ohio, but Charlie doesn’t see the point. She hasn’t shared with him that she really doesn’t plan on returning to campus.

Plus, due to his schedule, she’d have to wait a few days and Charlie is desperate to leave now, so she does what any carless college coed would have done in the 90s and scans the ride share board. 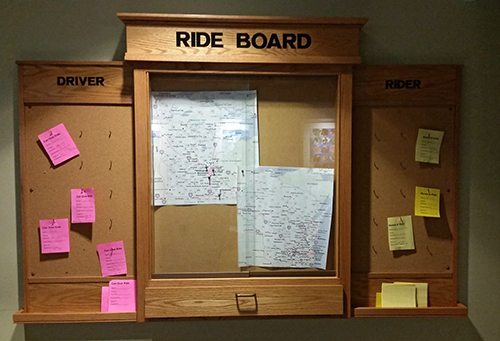 As luck would have it, a driver seeking a rider, also going to Ohio, approaches the board while Charlie is searching and starts to chat.

He’s a handsome guy and appears harmless, so the two make a plan to leave the following night. He says his name is Josh and he seems legit; Charlie’s feeling confident in her choice.

But as their journey begins, in the dark of night, Charlie begins to second guess her choice and grows suspicious of Josh’s unsettling behavior.

What follows is a 6-hour drive over otherwise empty roads, in a claustrophic stress zone as Charlie tries to detremine if her ride share driver is actually The Campus Killer coming to finish her off.

It’s clear from the reception of this novel that Sager took a risk with this one. It does read differently to his previous stories, but for me, it totally worked.

I absolutely loved the film noir quality of the narrative. I have mentioned in a previous review of Sager’s work that he must be a Hitchcock fan; this definitely sealed my belief in that.

It legitimately felt like a Hitchcock movie and obviously the origin of Charlie’s name was a nod to the influential filmmaker.

I loved the tone and suspense of this one; the action, scene, cut-feel. It drew me in and kept me engaged the entire way through. It read like a movie; vivid and tense.

It gets wacky, I’m not going to lie, but that didn’t hamper my enjoyment one bit. Overall, I am happy to sit in the minority opinion on this one.

I found the construction of the story to be incredibly clever; the insular nature of the narrative, the build in intensity, the epilogue, I loved it and am not ashamed to admit it.

As always, I’m really excited to see what Sager comes up with next!!