Stamped: Racism, Antiracism, and You by Jason Reynolds
My rating: 5 of 5 stars

Ibram X. Kendi’s book Stamped from the Beginning: The Definitive History of Racist Ideas in America was first released in 2016.

Kendi, a Boston University Professor and founder of the BU Center for Antiracist Research, was awarded the National Book Award in nonfiction for the title. It’s also close to 600-pages by a man who can certainly run intellectual circles around me. For that fact alone, I find it intimidating.

Luckily for me and the rest of the world, Kendi decided he wanted to find someone who could take his ideas and write it in a way that would be more agreeable to a younger audience. Hence, Stamped: Racism, Antiracism, and You was born.

It sounds like it took a little cajoling, but eventually Reynolds, a well-loved author of Children’s and Young Adult fiction, agreed to take on the project. 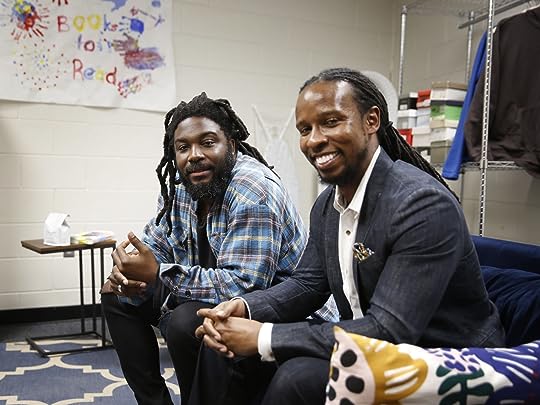 I chose to listen to the audiobook because I knew that it was narrated by Reynolds. I’m so happy that I did. I would have enjoyed it had I read a hard copy, but hearing it from him, in the way he felt it should be read, was a really special experience.

This book offers a concise history of racism, and the racist ideas that have been used to justify slavery and oppression of black people in the United States, from the time of the first slaves arrival to the country, up through the creation of the Black Lives Matter movement.

It’s framed through three separate schools of thought: segregationists, assimilationists and antiracists. It explains how racist ideologies were constructed in a way to gain and keep power; how they led to the systemic issues prevalent today.

Reynolds states numerous times that this is not a history book, and you know what, it doesn’t feel like one. The way this is presented makes it feel like you are talking with a friend. It’s engaging, it’s forthright and it’s a must read.

The entire way through I was jotting down ideas, people and events that I want to learn more about. After reading this, I am no longer intimidated by Kendi’s original work. I want to read it and plan to by the end of the year!

I cannot recommend this enough. Particularly the audiobook. If you haven’t read this one yet, you absolutely should.