Ophie’s Ghosts by Justina Ireland
My rating: 4 of 5 stars

On the night that Ophelia’s father is killed, and their Georgian home burned to the ground, she sees her first ghost. She takes it in like a child would, with surprise and wonder, but then she keeps it to herself. She knows it wouldn’t be considered normal.

Fleeing Georgia, Ophie and her mother head for the city of Pittsburgh to live with some of her father’s relatives.

For Ophie, this is a big change and it’s definitely difficult living with all her cousins and aunties. Adding to this stressful situation is the ghost thing.

It seems like now that Ophie has seen one, the flood gates have opened. She’s encountering them everywhere. Sometimes it seems like they need something from her. It can be tiring.

Ophie’s Mom is stressed too. She’s doesn’t want to be relying on these relatives forever, but it’s expensive to get a place in Pittsburgh. They need to save up.

Thus, her Mom pulls Ophie from school. She needs to go to work in order for them to make enough money to get their own place.

Without a choice, Ophie does as she is told and begins attending work each day with her Mom at Daffodil Manor as domestic help. 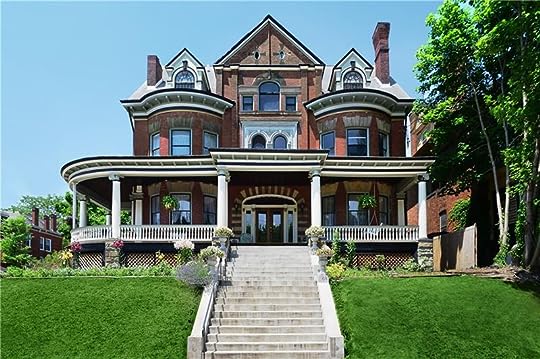 The Caruthers family, the long-time owners of Daffodil Manor, are very wealthy and have a rich history within the walls of the house. Some of the ghosts of the past remain, all too evident to Ophie.

The ghosts learn that Ophie can see them and they begin interacting with her on a regular basis. Soon Ophie finds herself investigating an old mystery, trying to find the truth of one of their deaths.

Having read previous YA-works from Justina Ireland, I knew that I was very interested in picking up her Middle Grade debut. I’ve always enjoyed her writing style, particularly how she seamlessly blends historical fiction with other genres, like horror.

This book does exactly that. The historical piece is so well done. I was transported to the early-1920s while reading. You can tell that a lot of research goes into her work and that she really cares about accuracy.

Ophie was a great main character to follow. Her strength throughout was inspiring. It starts off with a real tragedy and doesn’t get much easier for our young heroine over the course of the story.

I also appreciated the relationship that Ophie had with her mother. Her mother is obviously a strong woman, to go through what she did and be able to move her and her daughter to a new city, a completely different world really than what they were used to, and to still work hard and push on, it shows real perseverance.

It’s no surprise that Ophie would show the same strength of character in the face of challenges. While their relationship wasn’t always sunshine and rainbows, the bond felt very realistic and I liked that.

Another aspect that I really enjoyed were the short chapters about the different places. For example, The Attic, and then it will give a bit about the attic of Daffodil Manor, it’s history, what it has seen, how it feels. I love this.

I always enjoy when an author can thoughtfully create a true sense of place, making the places feel almost like characters unto themselves. Ireland definitely has a gift for that!

Overall, while this is fairly serious for a Middle Grade, there’s a ton of important topics explored and I enjoyed the characters a lot. I am definitely used to more humor in my MG, but this was a nice change of pace.

I would certainly recommend this one to all Middle Grade Readers, particularly the audiobook narrated by the always fantastic, Bahni Turpin. It’s a perfect little mystery for the Spooky Season. Get your ghost on!!